I Handed My Fake I.D. to TSA 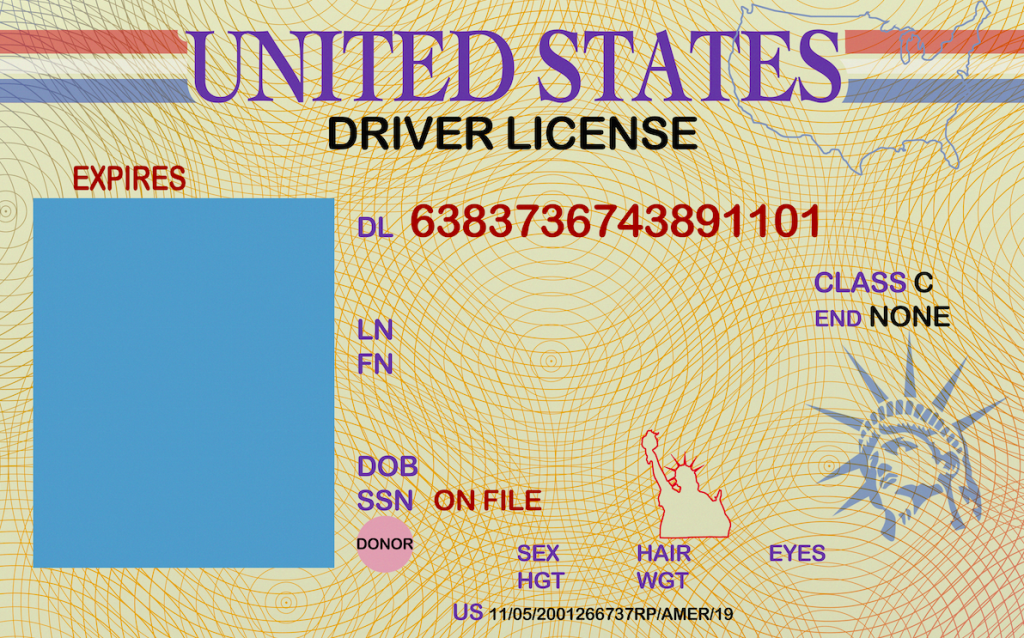 I had just spent an entire weekend visiting my long distance boyfriend at his college half way across the country. It was a weekend filled with sex, booze, and the desire to show everyone how much harder we go at my own college. By the time I had to hop on a flight to go back to school after my mini-vacation I had a hangover that seemed like it would last forever. I wasn’t totally convinced that I wasn’t going to die from some kind of internal bleeding to my brain. That in combination with the sadness of leaving my boyfriend behind left me even more scatter-brained and delirious than usual.

Fast forward to standing in line for security at the airport. I was the only one in line at the dinky little airport so I pull my wallet out immediately and hand the I.D. sitting in the center pocket to the TSA woman. As I’m standing there waiting for her to let me through I see her staring at my horizontal I.D. … but I was eighteen and 100 percent positive that I had a vertical I.D. and that I was not from Pennsylvania.

I suddenly remember that I had put my real I.D. in the back of my wallet to hide it in case any bouncers were looking when I was fishing out my fake and put my fake I.D. in the front. I realized quickly that TSA would probably not fall for the same thing that bouncers do and I probably couldn’t just cry to make it go away. So instead I did the only logical thing I could think of — I ripped the I.D. out of her hand and tried to come up with some explanation.

“I’m so sorry that was my sister’s I.D., I just realized I have her wallet and she must have left it in here when she let me borrow it,” I said with my most adorable, innocent smile plastered on my face and handed her my real I.D. Clearly I had not grabbed it back in time for her not to have read my fake because, sounding annoyed, she responded, “You and your sister have the same name?” I muttered “yup,” like it was just a casual thing that my imaginary sister and I have the same name.

Her eyes narrowed and I knew she didn’t believe me for a second but by some miracle, she just let me through. Even as I was getting on the plane I still was just waiting to be arrested and felt even more like I was going to vom. Luckily, none of the above happened.

I like to think that this woman remembers what it was like to be in college and didn’t want to get me in trouble but it’s far more likely that I just wasn’t worth the paperwork she would have to fill out if she did anything about the situation. However, had this gone any different I could have been in a lot of trouble, and I don’t think I look good in orange or would do well in a federal prison.

Life lesson: it’s probably more important to keep your fake away from TSA than it is to keep your real I.D. from bouncers.

Being charged with possession of a fake ID can come with some serious penalties, and depending on the state, you can get charged with a felony rather a misdemeanor. And that felony might be all it takes to get put on the no fly list.

Yes, a federally recognized, tribal-issued photo ID is an acceptable form of identification.

If you’re old enough to partake. Since that first in-flight drink was poured during the Truman Administration, the minimum legal drinking age in the United States has gone from 18 years old in some states to a nationwide standard of 21.

The DOB is important. It isn’t printed on the BP or available to a TSA Officer at the checkpoint, but it is used by TSA’s advance Secure Flight program to check for matches to no fly lists and all manner of other databases.

Harrington explained that most TSA officers intentionally write illegibly to cover their own backs incase they let through a passenger who is classified as “SSSS,” the only other mark you might see on a boarding pass. It indicates a passenger is a higher risk and needs to go through additional screening.

The following states are not currently in compliance:

You may still fly on US domestic flights, provided that you go through additional identity and security screening at the TSA security checkpoint. So the bottom line is yes, you can fly domestically without a driver’s license, or other government-issued photo ID if either was lost or stolen.

You can carry cakes, fruit, vegetables, sandwiches and all solid foods in your hand baggage. However, foods in sauces or with a high liquid content (such as sauces, pastes, soups and stews) cannot come through security. The size of container must not exceed 100ml, regardless of the amount contained inside.

According to the TSA, only electronics larger than a cell phone must be removed from their carrying cases and X-rayed separately. This does include laptops and tablets, but it doesn’t include phones, electric toothbrushes or hair dryers. TSA PreCheck members don’t have to remove electronics for separate screening.

Maybe you’ve been lucky, maybe they just DGAF, but generally flight attendants SHOULD be checking IDs, and are trained to do so. That said, it really just depends on the flight attendant, so maybe bring them some chocolates.

In theory the answer is yes, but that does not mean no laws apply. ‘The law of the nation where the airline is registered applies on board the aircraft. There have been numerous cases when passengers have become disruptive in airports or on aircraft due to their alcohol consumption.

I’m assuming VICE’s lawyers want me to put this first, so here goes: Buying a fake ID is, yes, against the law of the land.

The penalties for using fake identification vary from state to state in the US—in New York, you could potentially be facing a misdemeanor or even a felony charge..

The Transportation Security Administration (TSA) has converted 100% of its security checkpoints at Los Angeles International Airport (LAX) to accept self-scanned identification verification. … Because identity is used to verify ticketing, boarding passes are no longer required at L.A.’s TSA checkpoints.

Medication is usually screened by X-ray; however, if a passenger does not want a medication X-rayed, he or she may ask for a visual inspection instead. This request must be made before any items are sent through the X-ray tunnel.

In theory the answer is yes, but that does not mean no laws apply. ‘The law of the nation where the airline is registered applies on board the aircraft. … There have been numerous cases when passengers have become disruptive in airports or on aircraft due to their alcohol consumption.

If it were a fake passport or fake government issued ID, that would be a crime to be in possession of such and TSA me alert the local police that they have discovered such an item, and then it would be up to the local law-enforcement as to whether to charge you with possession of a falsified Government document.

Laws vary by state, but the most common consequences for having a fake ID are getting charged with a misdemeanor (a felony in some states), losing your driver’s license, paying a hefty fine, or even serving some time in jail.

Doesn’t matter. As Marshall said, as long as you don’t present it to the TSA agent at the checkpoint, they’ll never know or care that you have it.

A system can certainly assist in spotting some newly manufactured fake IDs, but many are so advanced that it would pass the test of a system reading a barcode on the back of an ID or doing an OCR scan of the front of the ID. Furthermore, a system wouldn’t register an ID as fake if it’s a borrowed/stolen real ID.

Most fake IDs will work on scanners commonly used by area bars and restaurants. “The truth is always in the details when it comes to spotting fake IDs,” Lindsay said. Lindsay trains businesses to pay special attention to ID photos. “A lot of pictures look fake, photoshopped or computer-generated,” he said.

TSA screeners can only seize objects that might imperil an airliner, and cash does not pose such a threat.

Checked Baggage Screening The majority of checked baggage is screened without the need for a physical bag search. Inspection Notices: TSA may inspect your checked baggage during the screening process. If your property is physically inspected, TSA will place a notice of baggage inspection inside your bag.

The security scanner is not your problem. Customs and police are. If you are discovered with fake identification, either during an airport customs search or by police who stop you, there could be serious consequences. The rules at home regarding fake ID documents may be loosey-goosey.

An agent can use their judgement to determine if a wallet can be searched by hand or visual check or if it will need to be x-rayed. The thicker the wallet, the more likely they’ll request it. … Now it’s worth noting that if a TSA agent requests you send the wallet through the x-ray you do have the option of refusal.

The TSA officer may ask you to complete an identity verification process which includes collecting information such as your name, current address, and other personal information to confirm your identity. If your identity is confirmed, you will be allowed to enter the screening checkpoint.

No. We’re not looking for fake id’s or drugs. We’re looking for things that go BOOM. You’ll be fine.

21For travelers, that means no matter the drinking age of the country you’re in or over or en route to a U.S.-based airline won’t serve alcohol to any passenger under 21. “As a U.S.-registered carrier, the drinking age is 21,” a spokesperson for American Airlines confirmed to TPG in an email.